All Volumes of the charming curiosity hunters. A fantasy action-adventure story for everyone. 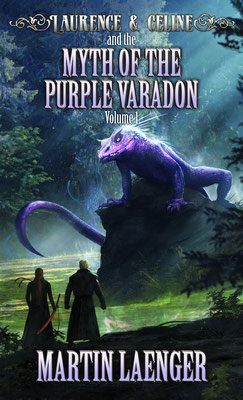 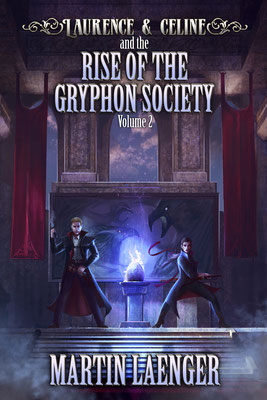 Myth of the Purple Varadon (Volume 1)

All part of their daily job.

Bizarre deaths start to occur in the quiet and remote countryside village of Ibantha. Rumor among the town has it that the purple Varadon has reappeared.
A one-of-a-kind mythical creature that was thought to be extinct long ago. Discarded as nonsense and fairy tales by the authorities and even well-known curiosity hunters, the villagers live in fear as more and more people end up dying.

Right when they thought it couldn’t get any worse, the only ones willing to help is an odd duo that has never worked together before - Laurence and Celine.
Armed with their wits, Laurence's crafty gadgets and Celine's family heirloom sword they take on the mysterious case.

Together they will have to learn to set aside their differences, accept each other's flaws and uncover the secrets lurking in the deep dusky woods of Ibantha.

Rise of the Gryphon Society (Volume 2)

Currently in production. Stay tuned for more news in the coming weeks.